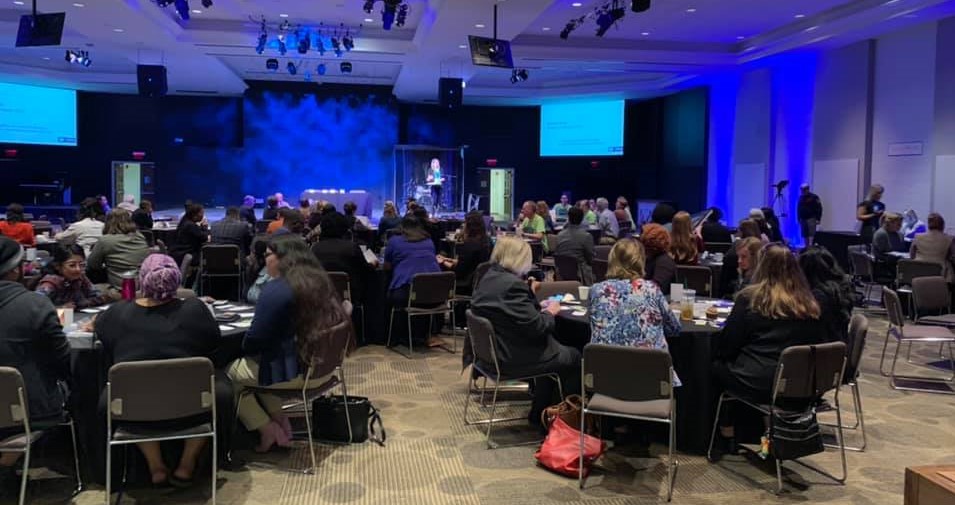 The Metro Dallas Youth Committee hosted the Youth Homeless Address: Call to Action on November 19. The event included powerful spoken word poetry performed by a student, a poverty simulation game, presentation of the latest data from the 2019 youth counts in Dallas, and a panel of three youth sharing about their experiences of homelessness.

In 2019 the Metro Dallas Youth Committee conducted two youth surveys in Dallas and Collin counties: one in February and the other in June. Ages of youth surveyed ranged from 12 to 26, with Dallas, Plano, Mesquite, Frisco, and Garland represented. Data from both counts revealed that family instability is the main driver of homelessness even more than financial problems. Nearly 90% of youth surveyed reported that they either had a job or were actively looking for one. Among homeless youth, around 65% had stayed at an adult shelter but felt unsafe, over half had slept outside in the past three months, and nearly a third had a child or were expecting one.

Three youth ages 19, 18, and 14 participated in a panel discussion around their experiences of homelessness. Each described the positive impact that an individual made in their lives while they were experiencing homelessness: a school counselor, a neighbor, and a CASA volunteer. When asked what the community can do to better recognize homeless youth, all three panelists emphasized the importance of paying attention. “Instead of walking past somebody who might be homeless, start asking questions. You’ll never know if you just walk past them,” Pearson said. “All it took was for me to cry out for help, and somebody listened, and I got the resources that I needed.”

At the conclusion of the event, attendees were asked to consider three ways that they can take action and make a difference for youth experiencing homelessness in the Dallas community. Click here to learn more.